To probe the infinitely small and the infinitely large, research at IN2P3 is structured around large-scale instruments such as accelerators or particle detectors, large telescopes or satellites developed and operated in the context of large international collaborations. The Institute's researchers aim to answer three fundamental questions: What are the fundamental constituents of the subatomic world and how do they interact? How is nuclear matter structured? What is the Universe made of and how does it evolve? 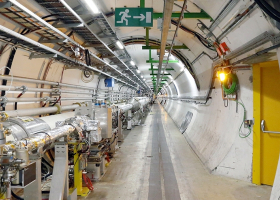 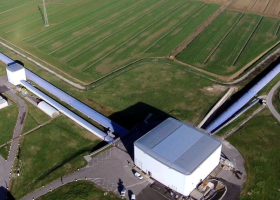 IN2P3's research requires the use of colossal and extremely sophisticated instruments over very long periods of time. Sometimes these require several decades of preparation before measurements can begin. Experiments… 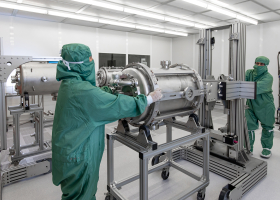 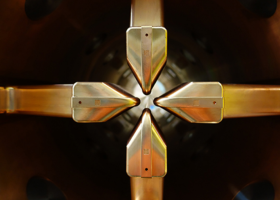 As part of its policies to pool and identify resources nationally, IN2P3 has labelled 'research platforms' in its laboratories, particularly particle accelerators and computing centres. These platforms offer high… 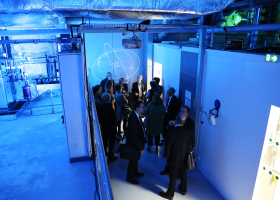 Research Networks (GDR) federate CNRS researchers from different laboratories, disciplines and specialty fields around a common theme at the national level. The purpose of these structures is to develop or study new…

IN2P3 is at the forefront of research in nuclear physics, particle physics, astroparticle physics and cosmology. It is a major player of the main national and international research infrastructures in the field of physics of the two infinities.

To achieve this, IN2P3 relies on intense technological developments in three key areas:

IN2P3 also conducts interdisciplinary research projects at the crossroads of these and other scientific disciplines in the fields of energy, environment and health. This work is structured around 5 main areas:

Major advances in knowledge and discoveries

Since its foundation in 1971, IN2P3 has been part of the great discoveries in the physics of the two infinities. Among the most recent examples of these are the discovery of the Higgs boson in 2012, an essential link of the world of elementary particles, and the first direct detection of gravitational waves in 2016 which heralded the advent of a new form of detection of the most intense phenomena in the universe and a new probe of matter. The Institute's scientists have also contributed to the discovery of the acceleration of the expansion of the Universe which seems to be linked to a new form of energy - dark energy. They also worked on the Planck space mission, observing the cosmic microwave background, a remnant of light produced at the very beginning of the universe, with unprecedented precision. The Institute also plays a key role in the search for dark matter, the effects of which are being measured although the matter itself has yet to be identified. For this work, IN2P3 benefits from using its underground facilities, the Laboratoire Souterrain de Modane, in the Savoie region, along with underground laboratories in other countries. In neutrino physics, IN2P3 has distinguished itself with nuclear reactor experiments, the latest of which, Double Chooz, contributed to the measurement of the last parameter of neutrino oscillations. French researchers have also observed indications of the production of new super-heavy elements using the GANIL accelerator in Caen.

The history of the rise of particle physics in France

A look back at the history of particle and nuclear physics in France, from Pierre and Marie Curie's laboratory in Paris through the European construction of CERN to IN2P3's twenty or so current laboratories. https://in2p3.cnrs.fr/in2p3/fr/cnrsinfo/lessor-de-la-physique-des-particules-en-france

Exploring the physics of the two infinities requires concentrated large-scale resources. For this reason, the Institute relies on a limited number of laboratories and specialised research platforms jointly working on large projects. The Institute receives direct support from the Very Large Research Infrastructures (TGIR) programme to fund its major research instruments. These investments are very often beyond the means of a single country and therefore involve setting up international collaboration projects in which financial and human resources, skills and knowledge are shared. The main major infrastructures currently in operation used by the Institute are:

In addition, IN2P3 operates a Computing Centre (CC-IN2P3), which currently hosts several thousand servers and 340 petaoctets of storage, working with the Institute’s laboratories and the main physics experiments to collect and process data and make it accessible to researchers.

Below you will find the current list of major instruments in operation or being constructed, which IN2P3 participates in.

IN2P3's research requires the use of colossal and extremely sophisticated instruments over very long periods of time. Sometimes these require several decades of preparation before measurements can begin. Experiments then last for years or decades. These projects are run in the framework of European or international-level projects.

The main instruments used by IN2P3's scientists are:

As part of its policies to pool and identify resources nationally, IN2P3 has labelled 'research platforms' in its laboratories, particularly particle accelerators and computing centres. These platforms offer high-level resources (equipment and human resources) for scientists working on cutting-edge research. They are also open to outside teams and thus enable interdisciplinary research to be carried out in the fields of health, energy, the environment, materials and so forth.

Research Networks (GDR) federate CNRS researchers from different laboratories, disciplines and specialty fields around a common theme at the national level. The purpose of these structures is to develop or study new ideas and research initiatives.